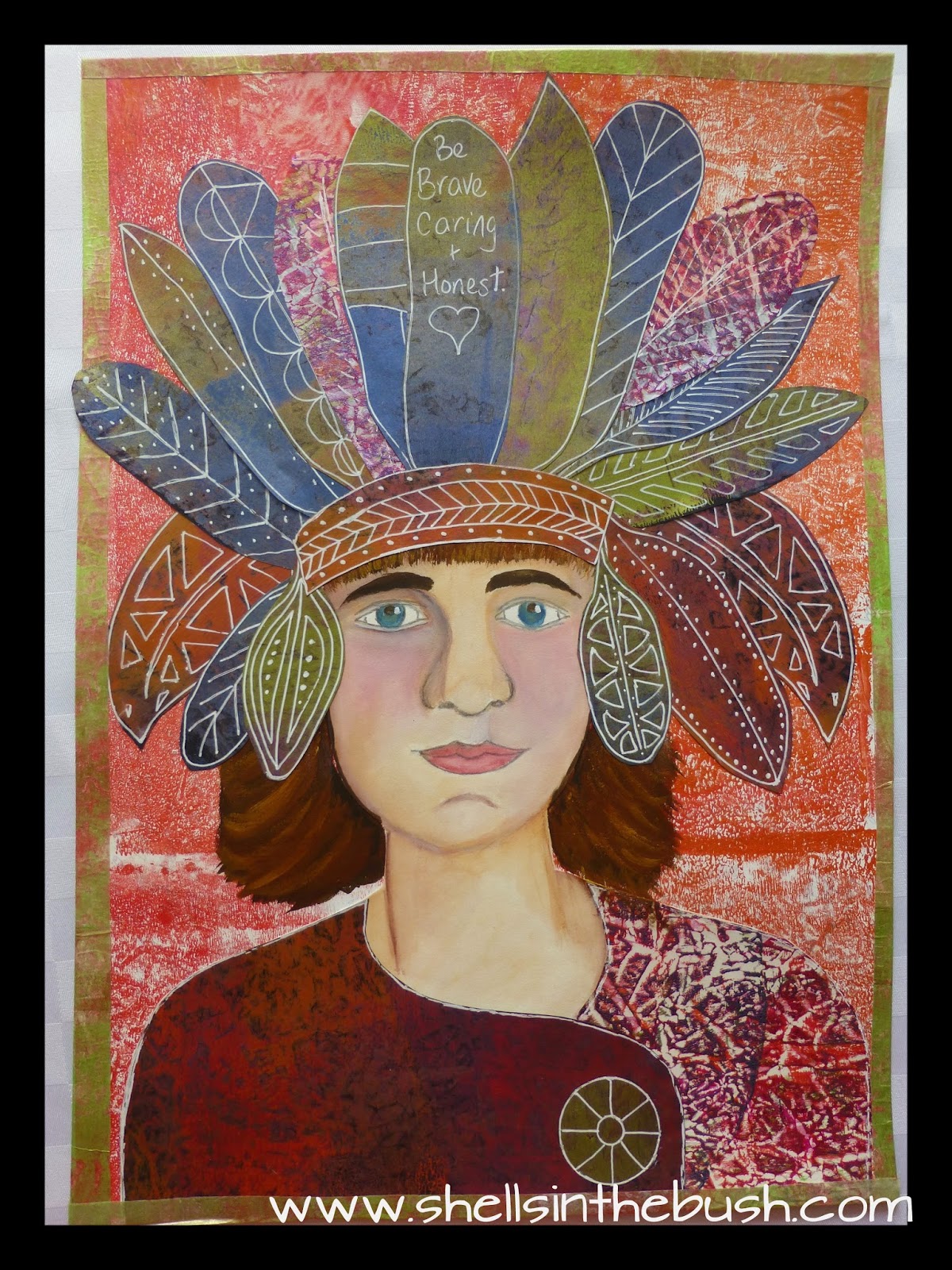 
42cm x 30cm = 16 1/2" x 12"
She was named after Charlotte Dawson the New Zealand/Australia media personality who committed suicide in Feb 2014 after social media cyberbulling.  Miss Charlotte's face is based on my own as I have been cyberbullied.  Miss Charlotte is a brave, caring honest girl because the words the CB used to describe me were cowardly narcississtic liar and I try to be the opposite - brave, caring/empathetic and honest.  Charlotte Dawson was attacked by anonymous people on Twitter and I was bullied by a 'friend'. 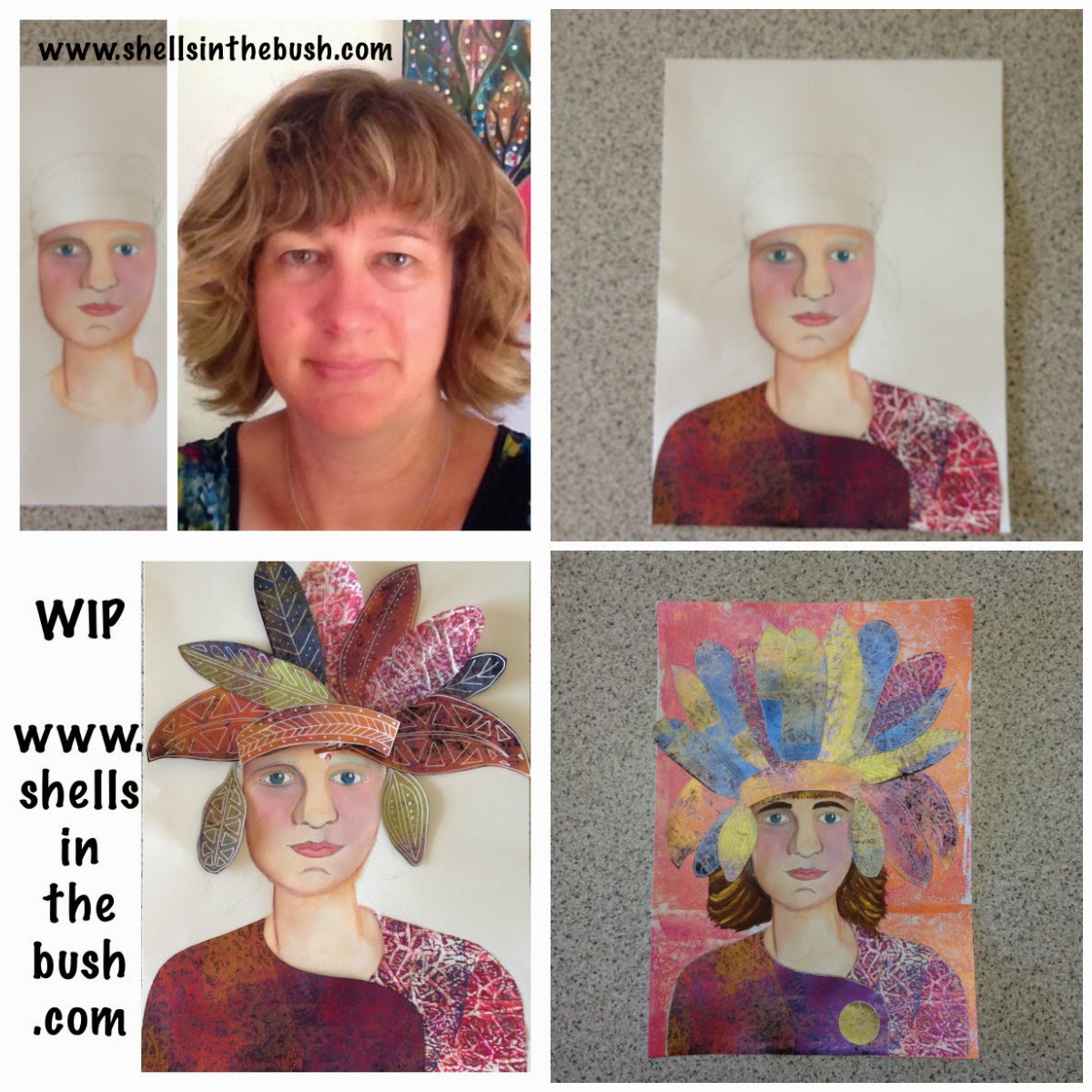 Have you been cyberbullied?  It happens to kids, to teens and to middle aged women too. The CB can be an anonymous person or someone you know...someone you've met. It can happen on FaceBook, on Twitter or on a forum, in private messages or in an email that leaves you feeling like a zombie, like you have been punched in the stomach or slapped in the face, like a victm of domestic abuse but hey this is the internet, there must be a name for it - oh no.... cyberbullying......

What should you do about it?  Do some research first, each situation will be different, I did the wrong thing and I don't want you to do the wrong thing but I can't tell you what the right thing is for you.

If you have been cyberbullied or know someone who has and need to talk to someone then you can talk to me.

" If we're going to find our way back to each other, we have to understand and know empathy, because empathy's the antidote to shame. If you put shame in a Petri dish, it needs three things to grow exponentially: secrecy, silence and judgment. If you put the same amount of shame in a Petri dish and douse it with empathy, it can't survive. The two most powerful words when we're in struggle: me too." - Brene Brown, Shame TED talk.

This is the hardest blogpost I've ever written due to the shame and the silence surrounding the cyberbullying.  I've only spoken to one person in real life about it and to a couple of online/real friends.  I didn't write it for sympathy but to let those who have been cyberbullied - me too. You are not alone.  Unfortunately.

Many thanks to Ms X who reached out and said yes you are being bullied.  I thought I was 'imagining' it, being a drama queen. And to those who did nothing, I totally understand that too as I couldn't do what needed to be done either.

For the background I wrote a letter in the style of the Brave Girls Club to Dear Hurting Girl - a letter from me to me and from me to you...  Then I covered it over in gesso - for a couple of reasons - I didn't want it to be the main focus of the artwork, I want to put this situation behind me, in the past and the scripture 'love covers a multitude of sins' comes to mind - this is agape love or principled love.... Then I grabbed the gelli plate and covered the white with colour. 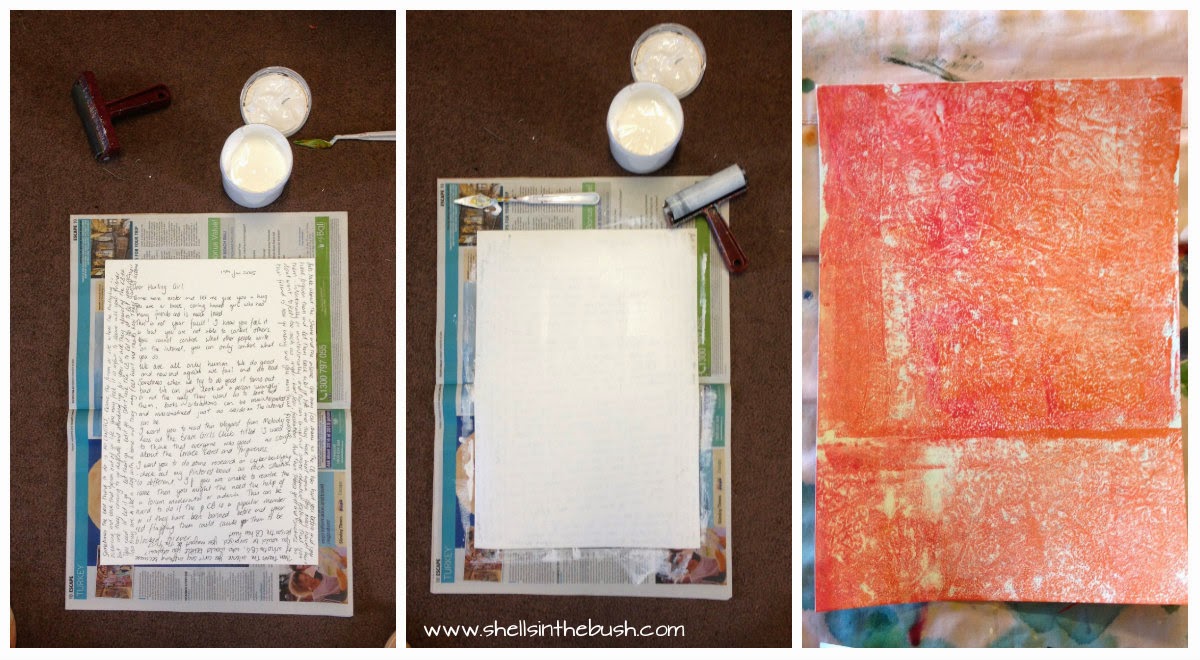 This is what I wrote (sorry if it makes little sense it was just the thoughts that came to mind when I was writing):

Come here sister and let me give you a hug.  I want you to know:  me too.  You are a brave, caring, honest girl who has many friends and is much loved.  This is not your fault!! I know you feel it is but you are not able to control what other people write on the internet, you can only control what you do.

We are all only human.  We do good and now and again we fail and do bad. Sometimes when we try to do good it turns out bad.  We can just look at a person 'wrongly' or not the way they us to look at them.  Looks and situations can be misinterpreted and misconstrued just as words on the internet can be. I want you to read this blogpost from Melody Ross at the Brave Girls Club titled "I used to think that everyone was good....a story about the Grace Card and forgiveness."

I want you to do some research on cyberbullying, (check out my Pinterest board) as each situation is different.  If you are unable to resolve the issue then you might need the help of a forum moderator or admin.  This can be hard to do of the CB is a popular member or if they have been banned before and your red flagging them could cause them to be blocked forever.

Let's talk about the shame and the silence.  You may feel shame as the CB was your friend and has hurt you before and you have forgiven them and let them back into your life and they have hurt you again.  You may have hurt them - intentionally or unintentionally and this can bring out some negative feelings that you do not want to feel such as anger - hurt, fear, frustration and shame and guilt.  And then there's the grief and the sadness as this friend is now your enemy and you miss the good times in that friendship. I want you to listen to the TED talk by Brene Brown about Shame and how we should reach out and tell our story.

Then there's the silence - you may have been called a liar and so the CB is not going to believe you when you try to fix things so you say nothing - the inability to stand up for your self or say anything because of who the CB is .  Who would believe you anyhow you ask yourself. You would be surprised.  You may not be the first and only person the CB has hurt.  You may not want to get involved....

Sometimes the best thing we can do is NO CONTACT. Leave the forum or the site where the bullying is occurring  and block that person out of your life. You may feel this is unfair to leave all your friends but are they coming to your defence and standing up for you or are they afraid of the CB too, maybe they don't see it as their battle and since it's not happening to them they do nothing to support you.

Conflicts are unresolved misunderstandings.  Sometimes they will never be resolved. Let it go...